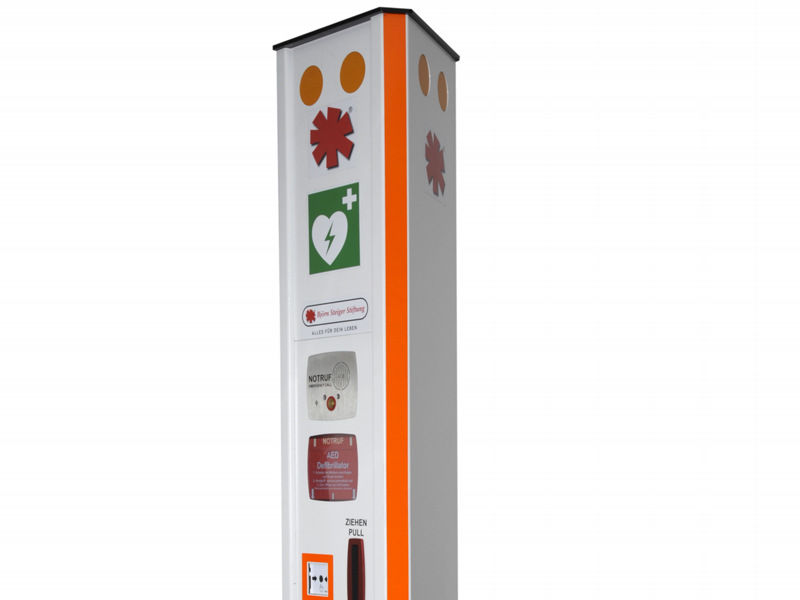 Thanks to the quick actions of passers-by, the 38-year old man was able to be saved. As reported by the volunteer fire brigade in Unterschleißheim, the family man from the north of Germany suffered a cardiac arrest on the sidelines of a junior football tournament on Friday evening. Passers-by started resuscitation measures immediately. At the same time as making the emergency call, other aiders took a defibrillator (AED) from the emergency station that was on the premises. As reported by the fire service, these were installed in twelve locations in Unterschleißheim. After the first aiders switched the defibrillator on, it gave them instructions on what to do. They were able to get the man’s heart beating again. The fire service’s first responder team, together with the crew of a helicopter and an ambulance took further care of the man. He was brought out of his induced coma in a Munich clinic on Sunday afternoon.